By Kristi Eckert | 7 months ago

Global supply chain bottlenecks have been plaguing the United States in recent weeks. The backups at nearly every major domestic port have resulted in a trickle-down effect. An effect that has spilled over to slash product availability in every sector of commerce. Everything from gas prices to holiday shopping to grocery store stock has been directly affected. Some might even miss out on the opportunity to get a turkey for Thanksgiving if they don’t act fast. The problems at the ports are so severe that the White House could now be considering the possibility of deploying the National Guard to increase productivity and ease the strain.

According to CNN, while some have been suggesting that the President consider the rather bold move of deploying the National Guard to ensure more active progress at the burdened ports is achieved, it is unlikely that he would resort to a move such as that. However, even if it is highly unlikely that Biden would employ the help of the National Guard, or maybe even the Navy to assist the stressed ports, never say never. In a briefing given by Press Secretary Jen Psaki on Tuesday, She expressed that she was “…not here to take any option off the table…”

Still, even if the option of using the National Guard is not yet off the table, it does look as though they might not be needed after all. Psaki also stated in the press briefing that “Port of Los Angeles Executive Director Gene Seroka said that we have already cut in half the amount of cargo that is sitting on their docks for 13 days or longer.  That is serious progress” Thus, while consumers might not see it yet, it looks as though things are finally starting to move along.

The slow but steady progress could be a result of President Biden’s executive order that called for both of the nation’s two busiest (and inundated) ports, Long Beach and Los Angeles, to maintain round-the-clock operations until backups begin to ease. Additionally, UPS, Fed Ex, and Walmart have all asserted that they were going to increase their hours of operations in order to better assist the ports in transporting and delivering goods. All of the efforts of those trying to make sure the choked ports could serve to indicate that the National Guard will not be needed.

The fact that progress is beginning to happen is definitely good news. However, it will still be a while until both national and global supply chain infrastructure fully recover. Transportation Secretary Pete Buttigieg explained on NBC’s Meet The Press that one of the reasons why it is taking so long to unclog the ports is because the process is complex and that there are a lot of moving parts. He noted that “I think that any opportunity to make a difference will be looked at…” This might indicate that the eventual utilization of the National Guard does remain a possibility. But Buttigieg also pointed out that this is something that those involved at any level of commerce would likely not want to happen, for the sheer fact that Government influence on how goods and services are distributed would undermine the basis of our capitalist market.

Utilizing the National Guard to help the ports could still be a very real option, especially if down the line progress begins to regress or deteriorate. However, judging by the combined efforts of those working so hard at the ports and the fact that choosing to employ the National Guard is something that critical players in commerce would not want to happen it is much more likely that the National Guard not be used.

The New Ford Bronco Is Being Made With Recycled Plastic
One Popular Candy Will Now Be Fully Customizable
Walmart Wants To Hire Hoards Of New Workers
Family Dollar Revealed To Have Massive Rodent Infestation, Product Recalls Announced 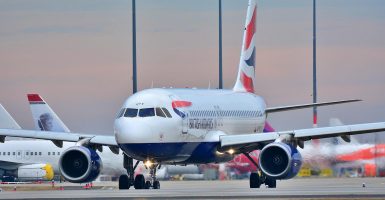 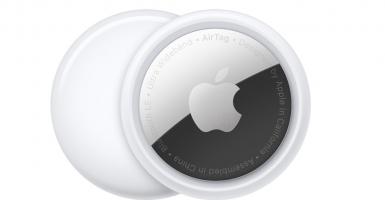