Where Are Bananas Grown? Do They Grow In The USA?

By Rick Gonzales | 10 months ago

Ever find yourself cruising through your grocery market’s fruit section, grabbing a bunch of nice-looking bananas, and asking yourself, “I wonder where these bananas are grown?” Although California is currently burning itself to the ground, that state seems like as good a place as any given its climate, right? Wrong.

Each year, over 100 billion bananas are consumed. That is a lot of bananas, which means banana production must be far and wide. While the US is one of the biggest consumers of bananas, the only real locale for them to take off would be Florida and Hawaii.

Across the globe, there are numerous countries that fit into the description of banana-growing climate. Over 150 countries produce over 1,000 varieties of bananas and include Brazil, India, Ecuador, China, and the Philippines.

By far, the biggest producer of bananas is India. If you take a look at the country’s production of bananas grown by tons, you will see India sitting at the top by a lot. Their over 30 million tonnes (or metric ton) a year dwarfs the next in line, which is China at 11 million tonnes.

The remainder of the top ten looks like this: Philippines, Colombia, Indonesia, Ecuador, Brazil, Cameroon, the Democratic Republic of the Congo, and Uganda.

Notice, the United States isn’t in the top ten. In fact, when it comes to world production of bananas grown, the US sits at 103 on the list. Now, we aren’t saying this as a bad thing. The United States just doesn’t have the climate to grow the good stuff.

For the most part, the United States’ banana consumption falls mainly in the Cavendish banana category. Of the 50 billion tons of bananas produced yearly, the Cavendish, named after the 6th Duke of Devonshire, William Cavendish, 47% are Cavendish bananas. Here in the US we also work a lot with plantains, a very popular cooking banana.

Now that we know our yearly consumption in the United States and the fact that we don’t produce nearly enough based on how many we eat, let’s see where we actually do produce bananas in the US.

As mentioned, banana production across the country has never been big, or even necessary. Production of the popular fruit peaked in 2010 when the US saw numbers that surpassed 13,000 tonnes. Since then, the United States banana production has gone down tremendously, sitting at less than 4,000 tonnes.

Florida is also another state that deals in banana production, but on a much less scale than the Aloha State. Florida boasts itself as the leading banana exporter in the United States. The Sunshine state mainly produces Thai and Bluggoe (cooking) bananas.

Puerto Rico, American Samoa, and Guam also produce a small number of bananas yearly but as you can see, these unincorporated US territories are not physically attached to the United States.

So, while the United States doesn’t have a big hand in the growing of bananas, they surely are responsible for much of its consumption.

Bananas thrive in hot, humid climates, and when they were first introduced to North America and Europe, they were considered exotic luxury food and were eaten with forks and knives. Today, it’s a simple peal and chow-down process.

Banana plants grow fast and typically reach their height of 20-40 feet at around 9 months. As they are getting ready to be harvested, pickers need to be on the lookout for tarantulas. Those fun, furry, adorable creatures love to hide in banana leaves.

One banana plant can produce up to 240 bananas and once those are picked, it doesn’t take long for new bananas to start to appear.

To harvest a banana bunch, farmers put a protective bag over it at the 14-day mark after the stem has emerged. They do this to protect the bananas from sun damage or insects. 12 weeks after bagging, the banana (which is green in color) is ready to be harvested.

Once the large bunches of bananas are cut from the tree, the bananas are then taken to a plant where they are carefully broken into smaller bunches and then put in cold water to lower their temperature and wash off sap from the cut stems.

Farmworkers then box the bananas carefully, so the fruit doesn’t get bruised. After the bananas have reached their destination, they are placed in a ripening room for anywhere between 3 to 8 days before they are finally delivered to grocery stores.

It’s a lengthy process that has people coming back for more and more. It doesn’t appear that more banana production in the United States will happen, but as long as those hot and humid climates can produce, we are certainly in the market to buy. 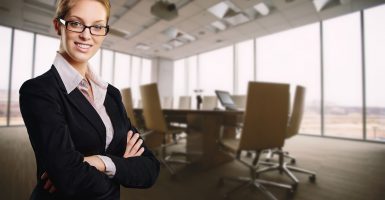 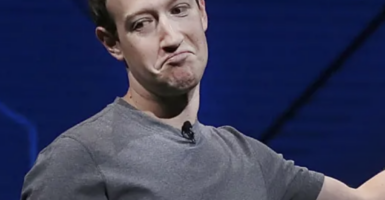 What Is The Real Cost Of Constantly Upgrading Your Smartphone?
How Meta Is Making People Mad
Phone Booths Have Finally Gone Extinct?
The Controversial Home Depot Case That Got Thrown Out Of Court