The Macallan The Reach 81 Years Oldaged, the world's oldest Scotch, just sold for $340,000. It was below the original expectation.

Scotch is often looked at as the pinnacle of whiskey. Though many factors contribute to this beverage’s priciness, one of the critical determinants is its aging process. Recently, the world’s oldest whiskey, The Macallan The Reach 81 Years Oldaged, has been sold for more than $340,000.

According to Foodandwine.com, other scotches that have been aged for similar durations have sold for millions of dollars. In 2019, a bottle of Macallan 1926 that was aged 60 years sold for $1.9 million, more than the largest scotch bottle ever crafted. A 32-year-old Macallan scotch which contained 444 bottles worth of whiskey was sold for under $1.5 million.

The recent purchase of an 81-year-old scotch complicates the idea of aging and what exactly is the perfect time for a scotch’s production. While the 60-year Macallan bottle sold for almost $2 million, the scotch that’s 20 years the Macallan’s senior sold for extraordinarily less.

Though aging usually amounts to a whiskey’s expansiveness, it seems as though 60 years may be the limit, and anything longer than that could affect the taste negatively.

The world’s oldest whiskey was sold at an auction, with all its proceeds directed to The Macallan Artisan Apprenticeship Fund. The buyer received an additional prize from the fund: a tasting experience of The Macallan Estate’s countless aged whiskeys and scotches. The ancient bottle sold for $340,000 and was bought for more than experts anticipated.

The recently purchased 81-year-old whiskey is historic for its impressively long aging process, which beat out its only alcoholic competitor. The previous record for the world’s oldest whiskey was held by the Gordon & McPhail Generations malt scotch, recorded in 2021. The 80-year-old scotch was sold for significantly less than the newest world record champion, auctioned off for $190,000.

Though both bottles were priced lower than the Macallan bottles that sold for millions, auctioneers were impressed by the considerable amount of money they made. Jonny Fowle, the Sotheby’s head of whisky and spirits for North America and EMEA, acknowledged this accomplishment, stating that the 81-year-old scotch received “competitive bids” which accelerated its price tremendously. Though it’s not even worth half a million dollars, the world’s oldest whiskey platformed on a bronze statute exceeded appraisers’ estimates.

The recently sold scotch was crafted from one single sherry-seasoned oak barrel, which began aging during World War II. The whiskey is contained in a glass-blown decanter, propped up by a bronze statue of three hands. Both the scotch and the bronze hands reside in an elm cabinet, which was also made in the 1940s.

The whiskey market is a lucrative industry, with many people wishing to pay top dollar for rare or extensively aged products. Since the pandemic, though, the auctioning of expensive alcohol has halted tremendously, with many believing that the economic ramifications from COVID had limited people’s interest.

Two years after the lockdown began, whiskey auctioning has come back to the forefront, with aficionados still invested in spending superfluously for Macallan beverages. 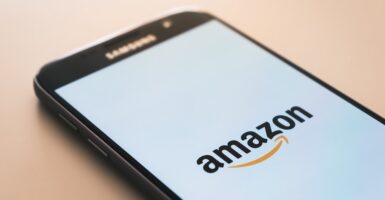 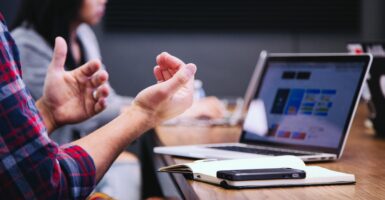 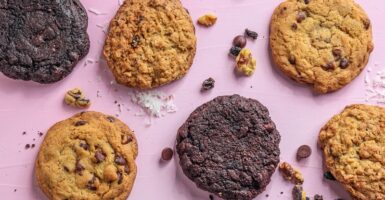 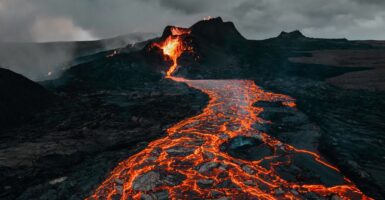 Inflation May Be Here To Stay Permanently?
Samsung Stood Up Its Own Product Launch
Police Robots Will Now Be Able To Use Lethal Force?
The Surprising Thing People Can Learn From Baby Elephants