If you are thinking its Rolex than you are historically correct. Marines wore Rolex as it was issued by the Military itself during the Vietnam war. But because the shock enduring ability, errors to keep time accurately and the high repairing cost made Rolex a bad decision in the aftermaths.

What watches Special Forces or Marines wear these days?

There is no definite answer to these. This is what USMC regulations say about watches:

This means that marines are free to wear any watch but they need to ensure that it’s not prominent in terms of looks. After all, camouflage is an important part of the marine uniform.

Think it for yourself, if there was a fixed watch given to marines that would make them identifiable in public. This is why USMC regulation is flexible in terms of wrist watches. The disguise of military personnel is something not compromised upon.

No, Marines do wear a watch but they don’t wear the high-end models. Why? Because it is too expensive, their pays are not high enough to afford such expensive models. Most of them rely on buying normal watches available at the retailers. Besides, high-end models are not actually offering features that can take off some load from their gear.

So if they buy a normal watch, then to comply with the USMC regulations, they take off the wristbands replace them with low profile or simplistic plastic bands. The boundary of the crown is covered with tapes to conceal the sharp colors.

But those who are keen about watches rely on tactical military watches. If you are reading this term for the first time then need not to worry as we have done a detailed review of military tactical watches at our blog.

What Are Tactical Watches?

Tactical watches are low profile watches in the simplest definition. They come in wide variety of price range and offer a wide variety of features that are suitable and in demand for the marines. For example, marines would require rugged design which is able to survive after wear and tear of a tough mission. Similarly, apart from accurate timing, features like altimeter, barometer, thermometer and the GPS are also desired by the military personnel.

What is most popular watch among Marines then?

Because being an armed forces man requires a lot of outdoor activities. At times a military personnel has to do high jumps. Such impacts can quickly damage the interior of the watch and result in malfunctioning timepieces. Therefore, if a marine decides to wear a watch then it must have the ability to absorb and work properly after an impact.

Is there any Shock Absorbing Watch?

There is one brand which is quite popular among the military personnel. A brand offering one of the best shock resistant and rugged design for watches. Yes, I am talking about the Casio G-shock series. Since its entry into the market since 1983, Casio G-Shock or Gravitational Shock resistant watches are quite popular among the tactical military watch lovers. In fact, not just special forces but sports and outdoor activities enthusiasts are also the prime buyers of the military watches.

What is G-Shock Watch?

G- Shock are low profile watches being both shock and water resistant. When it comes to timekeeping they can tune into radio signals coming from 6 atomic clocks around the world. So you can expect the G-Shock to be 99.99% accurate in keeping its time perfectly. Another reason Gravitational Shock watches makes into the gear of marine is that they are affordable. They come in wide range of price tags and because they are all rugged it makes them long-lasting.

Below are some of the Best G shocks under affordable budget for anyone who is looking to expand their G Shock Collection beyond the Casio G Shock 5146.

So What is the Fuzz about “Military Issued Watch”?

The term “military issued watch” is partially incorrect because armed forces deployment conditions may vary throughout the world. So there is no defined code or fixed model for watch assigned to armed forces uniform. Marines are free to decide what watch they find better for their service.

It is totally up to the marine if he wants a watch on the wrist. It is not part of the uniform but rather something which is recommended not something without which the service will not be possible. Let’s consider some scenarios:

At the unit level, there can be watches that are either ordered or made preferable for the military personnel. Consider the deployment in a desert region. Soon the watch crown would get filled with sand particles. If you have not experienced sand then do know now that it is quite difficult to remove sand from clothes. The same sand is impossible to remove from watch top which has compartments where you just can’t reach with a brush. Therefore, in such scenario unit commander may order the units to wear smooth watches with a total glass top watch with very low less reflective power.

If the marine has to go underwater or the mission involves some swimming, timing is highly important in that situation. If a low-quality watch is worn then it may hurt objectives. A watch which is waterproof is a necessity for marines.

Consider snipers, for them watch is a necessity and camouflage is matter of life and death for these skilled marksmen. They cannot wear a unicorn wristband watch. Also, the crown glass should be least reflective. Sitting at top of a mountain with a shiny watch glass will make things quite clear for the enemy. Therefore, it is easy to assume that there are special guidelines given to snipers about what kind of wrist watches should be worn by them.

Rifles also tend to have very strong recoil. Sniper watches must be able to absorb that shock wave. Therefore, it is deducible that G-Shock watch can serve almost perfectly according to demands of armed men.

Special Forces or Marines do wear watches but it has to abide by the USMC watch regulations. The shock resistance is the prime feature which is a speciality of G-Shock watches. Marines deployed at different stations may have to change their gear according to the local requirements. 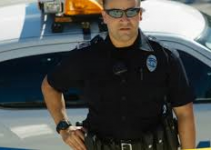 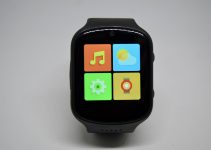 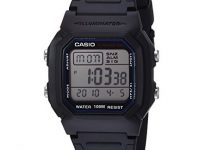 Hey, Welcome to Tell Me Best! Striving to provide the Best Information and User Experience. Please do leave your thoughts after reading the post. I would love to have feedback from You.