KFC issued an apology to German citizens for its marketing campaign that encouraged celebrating Kristallnacht, what is considered to be the beginning of the Holocaust, with its cheesy chicken product.

By Charlene Badasie | Published 3 weeks ago

The KFC fast food chain in Germany has issued an apology for encouraging customers to celebrate Kristallnacht by eating cheesy chicken. Known as “the night of broken glass,” Kristallnacht refers to the pogroms against Jewish people in Germany and Austria carried out by Nazis in November 1938. It is widely considered to be the beginning of the Holocaust.

“Commemorate Kristallnacht! Treat yourself to more soft cheese and crispy chicken. Now at KFCheese!” the message sent via the fast good giant’s app said. About an hour later KFC sent out another message with an apology for the faux pas, blaming it on a system fault. Speculation suggests that the message was computer generated, with the text to promote its cheesy chicken being automatically connected to anniversaries and events to boost sales.

But social media experts in Germany were surprised that the eatery had no mechanism in place to pick up on the blunder. Instead, the company remained oblivious unless they were told that the message had been broadcast. “The notification contained an obviously unplanned, insensitive, and unacceptable message,” KFC said in their apology via CNBC. “We understand and respect the gravity and history of this day, and remain committed to equity, inclusion, and belonging for all.”

KFC Germany issued another apology statement to the Jerusalem Post and went into more detail about how the erroneous message was released. The fried chicken giant said it uses a semi-automated content creation process linked to calendars that include national observances. But for some reason, the company’s usual review process was not properly followed. That resulted in a non-approved notification being shared with customers.

The company added that it has suspended all app communications to make sure the mistake doesn’t happen again. Still, outrage ensued on social media and via the German press, with various publications calling the mistake tasteless. Others (via The Guardian) scoffed at KFC’s apology and said the incident was simply “fast-food advertising at the cost of the remembrance of the victims of the Nazi regime.”

In Germany, the November 9th anniversary of Kristallnacht is treated with the utmost respect. There are numerous memorial events and discussions scheduled to reflect the Nazis’ murder of more than six million Jewish people, BBC News reports. Speaking about the incident, Director of Public Affairs at the Board of Deputies of British Jews Daniel Sugarman, described the original KFC message as absolutely hideous, noting that despite the apology, the damage had been done.

The unfortunate KFC incident, and subsequent apology, are reminiscent of other fast-food advertising slogan blunders. McDonald’s in Portugal previously used the campaign slogan “Sundae Bloody Sundae” in a Halloween campaign for its ice-cream puddings. It pulled the campaign after protests, insisting the promotion did not refer to Bloody Sunday in 1972 when British paratroopers shot dead demonstrators at a civil rights march in Derry, Northern Ireland.

Away from KFC’s faux pas and apology, recent Anti-Semitic comments from Kanye West and NBA player Kyrie Irving have added to concerns about rising hate aimed at Jewish communities. In response to the rapper’s comments, Adidas and Gap pulled his Yeezy clothing brand from their stores. Irving also lost his deal with Nike.

Where In The US Inflation Is Worst
Happy National Pumpkin Day: Here’s How You Can Celebrate
Why Supply Chain Strain Is More Severe Than Ever
The Tesla Model Y Now Comes Equipped With A Popular Gaming Computer Chip 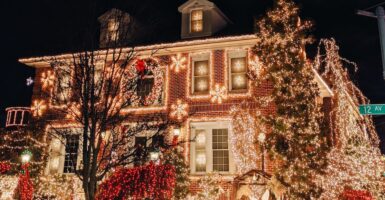 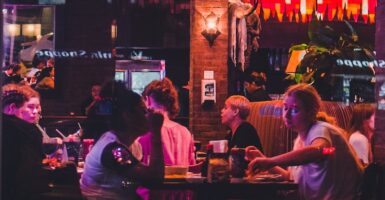 The Cryptocurrency Collapse Is Actually Good For The Economy?

Why One Type Of Pet Fish Is Selling Out Of Pet Stores Nationwide
All New Cars Will Now Come With Built-In Breathalyzers?
Why Some States Are Changing How They Recycle
Coca-Cola Discontinuing One Of Its Most Popular Beverages