As the gas prices at the pumps continue to rise, here is some sobering news – there is nothing the White House can do about it. And to pile on – gas prices won’t be going down any time soon.

As it stands right now, oil and gas prices are at a 7-year high. Insert whatever cliché you need to here; we’re going to use “dark cloud.” Our economic recovery from the COVID pandemic sits squarely under a dark cloud as prices not only have hit 7-year record highs but also look to threaten some all-time records.

Is President Joe Biden to blame for all this mess? The truth of the matter is, high gas prices are serious political problems for whoever is in the White House and voters have a tendency to blame the man or woman at the helm whenever there is a spike at the pumps.

To combat this price gouging, Biden’s administration says “all tools in the toolbox” are under consideration.

Sadly, industry sources are saying that Biden’s toolbox is pretty empty and some of the options his administration is considering may actually make the gas prices situation worse. Is that even possible?

Right now, the average gas price across the nation sits at $3.26 a gallon for regular gas. By comparison, last year’s gas price at this same time averaged $2.18 per gallon.

If you happen to be one of the “lucky drivers” living in California, you are going to be paying an average of $4.43 a gallon for regular and those expensive model cars that love the good stuff, you’ll pay an average of $4.76 for premium.

The next highest average per gallon gas price resides in Hawaii (because you have to ship it there) and they come in at $4.12 a gallon. Those are the only two states with an average gas price over $4 a gallon. Not even the fine state of New York can hit those prices as it averages somewhere in the middle of the pack at $3.33 per gallon.

So how do President Biden and his administration get gas prices to drop? Their first idea was to get OPEC to open the flood gates. Release the hounds. Produce more oil. So far, OPEC has balked at this idea.

They did say they would only gradually add to the supply, basically ignoring frantic calls from the White House to go full blast with production. This news sent the US crude oil prices above $79 a barrel for the first time since November 2014. There go the gas prices.

White House Energy Secretary Jennifer Granholm said earlier this week that there may be a Plan B and even a Plan C in the works if they can’t convince OPEC to stem the rise in gas prices.

One idea (or Plan B) would be to tap into the Strategic Petroleum Reserve. “It’s a tool that is under consideration,” Granholm said via CNN Business, then added, “certainly the president will consider that.” After Granholm made the statement about possibly acquiring barrels from the nation’s emergency stockpile, US oil prices sat for a minute at the $75 a barrel mark.

But the Energy Department came out later to clarify that “there is no immediate plan” to raid the stockpile, so oil prices went back up to $79.

There could be ramifications if we were to tap into our oil reserve, so says Bob McNally, president of consulting firm Rapidan Energy Group. He, as well as many others, don’t feel like it would make a significant difference in oil prices.

“It would be a big mistake, like bringing a squirt gun to a fight,” said McNallyvia CNN Business. “You need a cannon. The SPR is too small.”

One more idea (or Plan C) would be something not used in the past and this would be to ban all oil exports and keep the black gold to ourselves. Yes, it would be extreme. Yes, there would be plenty of fallout if we took that path, but since “all tools in the toolbox” were under consideration, this could be the Hail Mary the Biden Administration may need to toss.

The Energy Department put some minds at ease when they said they had no immediate plans to stop oil exports. While this move may look smart on the surface, it could eventually do more damage than good.

Oil is a commodity that is traded globally. US gas prices are set by Brent, which is the world benchmark. If the United States were to start taking away the world’s access to its oil, Brent crude prices would surely climb. Refineries across the country require access to foreign crude and can’t depend on US shale alone. It’s a no-win situation. US drivers would still see rising gas prices.

So, that brings us back to President Biden and his administration’s ability to convince OPEC to open the spigots. Does anyone out there have any confidence that Biden can pull this off or are we all looking at a winter of record-high gas prices and record-high energy bills?

Apple AirPods Pro Are Now On Sale For $70 Off, Only If Purchased Through A Specific Site
Louisiana Is Running Out Of Gas, Here's Why
Amazon Has Been Fined Over A Billion Dollars
Rolls-Royce All-Electric Airplane Just Shattered A Giant Record 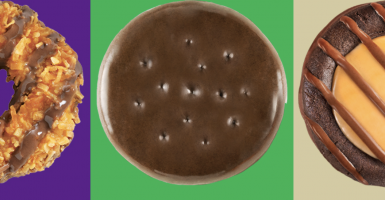 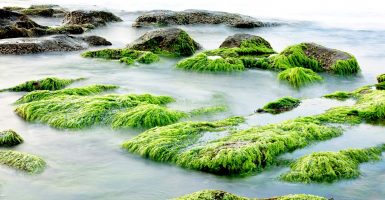 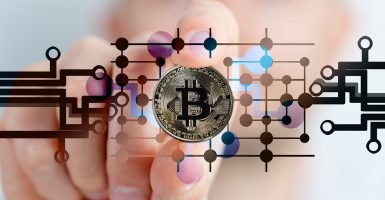 Elon Musk Is Fighting to End World Hunger?
iPhone Privacy Revealed To Be Weaker Than Expected In New Report
Boycott Of Texas Businesses Over Abortion Law Being Abandoned
Inflation Rates Will Now Affect The Price Of Heating Your Home