Ford Mustang vs Chevy Camaro: Which Muscle Car Is Best?

It’s a battle that has raged on since the 1960s. The Ford Mustang and the Chevy Camaro have been blazing trails and duking it out for almost 50 years to see which car is King Supreme. Over those many years, each car has seen different body styles, engines, and performance packages and while the two manufacturers continue to try to one-up each other, one thing between them has not changed: each car presents itself in its own unique way as to what a reasonably priced American made sports car should be.

Today’s Mustang and Camaro are high-tech cars that offer numerous useful features. These features focus on performance as well as your everyday driving conveniences. Both vehicles, by design and performance, are excellent, so it begs the question – does one car have the edge over the other?

Back in the early ‘60s, Lee Iacocca was the vice president and general manager of Ford. He was looking to make an impact on the youth market, so he wanted to create a vehicle based on the compact Falcon. Iacocca tasked his assistant general manager and chief engineer, Donald N. Frey, to head the overall development of the Mustang and it was done in a record-breaking 18-month timeframe.

The reason for such a pace was that Iacocca wanted to introduce the car at the 1964 New York World’s Fair. They did and it was an immediate hit. The plan was to have first-year sales at 100,000 but car dealers actually sold 22,000 on the first day. Ford had to produce more Mustangs.

As the sales numbers continued to climb, Ford continued to make little tweaks to the first-generation Mustang. By August 1964, a mere five months after the start of the World’s Fair, Ford had sold 120,000 Mustangs. Total sales for the 1965 model, which was what car enthusiasts saw at the World’s Fair, ended up being 681,000, almost seven times their original projections.

Ford’s executive stylist, John Najjar, was a big fan of the P-51 Mustang World War II fighter plane and is credited with first suggesting Mustang as the name for the new car. Najjar helped co-design the very first prototype, called the Ford Mustang I, back in 1961 and the name stuck.

There is no beating around the bush with this one – the Chevy Camaro was invented as direct competition with the Ford Mustang. Chevy knew early on that after the Mustang was introduced, their Chevy Corvair wouldn’t come close to selling enough cars to compete with Mustang’s appeal. So, to the drawing board they went.

In order to compete with the best, you model it after the best and that is exactly what Chevy did. They designed their car with a front-engine configuration and a rear-wheel drive, just like the Mustang. When the car went into production, it had not yet been named. According to Camaro lore, General Motors’ vice president, Ed Rollet, and Chevrolet’s merchandise manager, Bob Lund, actually landed on the name after seeing it in a French-English dictionary.

Camaro is a French slang word that means comrade, friend, or pal so one of the selling points of the car was they wanted the new car owner to view the Camaro as a friend. But that wasn’t all. Chevy also wanted everyone to know their true intentions with the car so in their press release, they announced that the name also referred to a small animal that ate Mustangs.

It didn’t take Chevy long to manufacture the Camaro and get it on showroom floors. They debuted the car in 1966 for sales beginning in 1967. It would have its intended effect, as it was, like the Mustang, an immediate hit.

MUSCLE OR PONY? DEPENDS ON WHO YOU ASK

So, let’s answer the question that has been debated heavily over the years. Are the Mustang and Camaro true muscle cars? In most car corners, there is only one true muscle car on the road today, and that is the Dodge Challenger.

But back in the day, the Mustang was not necessarily considered a muscle car. A muscle car, by definition, is a car with uncompromising power and build for straight-line speed. While both the Mustang and Camaro were built to move quickly down the road, that was not their sole purpose, nor has it ever been.

What Camaro is routinely called is a “pony car.” As the Ford Mustang is considered to be the original pony car (since its name is Mustang), the Camaro’s invent was in direct competition with the Mustang, so it too grabbed the name pony car.

That doesn’t mean, though, that there are many who do consider it to be a muscle car. The Mustang and Camaro are constantly put in this category with the Dodge Challenger and some purists will not think of them as anything other than a muscle car.

We are onto the sixth generation of both cars. Over the years, both manufacturers came up with various body styles. On the Mustang side, there was the Mach and the Boss of the late ‘60s and early ‘70s. Then came the Mustang II, which somehow saw the car shrink in size. Does anyone remember the Cobra II and the King Cobra?

In the late ‘70s, Ford introduced the Fox. This model turned into cop cars. In the late ’80s, Mustang turned to an aero design that was less than popular and it wasn’t until the mid- ‘90s that Mustang returned to its roots with their design. It was a move fans were waiting for.

As for the Camaro, they have also gone through numerous changes. Their first-generation model was the shortest-lasting one, only running for two years before Chevy introduced the second generation. The move wasn’t based on sales, the first-generation car sold well. Chevy was just looking to improve on their success.

What is truly amazing about the Chevy Camaro is that they went through four generations up to 2002, then suddenly Chevy stopped making the car. There wasn’t much change in the fourth-generation model, so sales began to slide dramatically. They slid so far that it took Chevy eight years before they reintroduced the Camaro with their fifth-generation model. Let’s hope it doesn’t happen again.

Today’s Mustangs and Camaro’s are still held in high regard. They are not necessarily designed as “muscle cars” anymore, but more as sports cars. Both new models are very stylish. The new Mustang has returned to its 1964 roots with its look and its iconic three-bar rear brake lights.

The new Camaro, on the other hand, gives itself a more futuristic look, hoping it will entice a new era of buyers. So, depending on if you like the nostalgia or the future, you’re going to go where your taste takes you.

As far as how each car handles, the Mustang takes the title here, but barely. Its new powertrain, seen in the Ford Mustang Shelby GT500 offers 760 supercharged horsepower. The new Chevy Camaro ZL1 isn’t far off though, offering 650 horsepower. 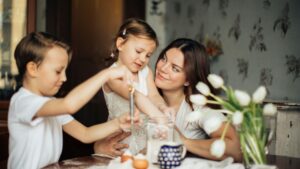 A recent survey found that of parents pressing concerns, politics weaving its way into education is of the utmost concern.

Technologically speaking, the new Mustang also takes this in a photo finish. Both cars offer things like Android Auto and Apple CarPlay, so that’s a wash. But Ford also offers extra safety features like its Ford Co-Pilot360, which is forward car-collision warning, auto emergency braking, and other features that put it slightly ahead of the Camaro.

AND THE WINNER IS…

Maybe because it came first, but the Ford Mustang gets the nod here. It isn’t by a wide margin. With either pony/muscle car, you are going to get their best. It may come down to you simply sitting inside a new Mustang or Camaro, then taking it for a test drive.

The Best Way To Eat Cheap, When Food Prices Are Out Of Control
McDonald's Vs. Burger King: Which Is Best For Families?
Albuquerque vs. Santa Fe: Which New Mexico City Is Best To Live In?
Buffalo vs Syracuse: Which City In Upstate New York Is Best To Live In?

Why Meta Is Making Its Own Wallet

How DoorDash Plans To Survive The Demise Of Delivery Apps

Why Walmart Will Pay Some Employees $1,000

Severe Baby Formula Shortages Continue To Worsen, Here's Why
Cryptocurrencies Are Crashing, Here's Why
Ghostbusters Fans Can Get A Real Proton Pack
Exclusive: DC Theme Park In The Works