Chicken Wing Prices Are Finally Getting Cheaper, Here’s Why

By Charlene Badasie | Published 3 months ago

Related:
The Only Place Where Gas Prices Are Less Than $2 Per Gallon

While inflation is causing the cost of most products to spike, chicken wing prices are set to drop just in time for tailgating season. According to the U.S Department of Agriculture, the popular game day dish now costs less than it did at the start of the pandemic. The wholesale price fell from the 2021 high of $3.25 per pound to an average of $2.68 per pound this January. In July, the cost dropped to $1.68 per pound. This is the lowest monthly average since early 2020, according to the report.

The reason chicken wing prices have seemingly been unscathed by inflation is due to basic supply and demand. CEO of Pilgrim’s Pride Fabio Sandri told Food & Wine that as the cost increased during the pandemic, many restaurants pulled them off the menu. The reason may also have its roots in a cost-cutting measure some food outlets employed several months ago. As prices soared, eateries took wings off the menu and swapped them for boneless wings which are made from chicken breast meat. As such, the cost varies drastically depending on which part of a chicken is being purchased.

“So with that, we saw a very fast decline in chicken wing prices,” Sandri told the publication. Those substitutions reduced the cost of wings and allowed the supply to catch up. But it also caused price hikes for chicken breasts, tenders, and legs. Chicken breast inventories have fallen by 7% year over year, while dark meat inventories are 15% below the five-year average, CNBC reports. Meanwhile, the USDA has also increased its wholesale price estimates for poultry, suggesting that costs will go up by 26-29% this year instead of 20-23%.

Interestingly, the chicken wings price data comes as demand for poultry-based products has reached fever pitch. According to a study by the National Chicken Council, Americans who were already facing inflation of food staples like beef, pork chops, eggs, and bacon plan to buy more chicken than other types of protein in the year ahead. The study also examined which fresh proteins folks planned on consuming in the next six to 12 months. The largest portion (37%) said they plan to consume more chicken. A smaller portion of 15% plan to eat more beef, while 14% will eat more pork.

The people who participated in the survey said nutrition, value, and versatility are the main reasons for their plans to eat more chicken. Meanwhile, Pilgrim’s Pride added that seasonality is always a factor regarding cost and demand. As such, the lower chicken wing prices aren’t expected to last. Especially since the NFL and college football seasons both kick off in the coming weeks. The NBA also returns in October. As these sporting events boost demand for chicken wings, the firm said it expects wing prices to start rising again. So, while the chicken wing prices are low, taking a trip to the supermarket to grab a pound or 10 to freeze may not be the worst idea in the world.

Cherished Local Coffee Chain Forced To Go Out Of Business?
How Pop-Tarts Could Help You Win $15,000
Olive Garden's Sales Are In Serious Trouble
Why Food Waste Is A Severe Problem And What You Can Do About It 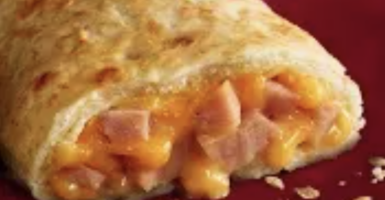 Why Social Media Companies Like Angry Users
Starbucks Offers Better Drink Options Overseas?
Amazon Driver Dies On The Job Under Unthinkable Circumstances
Cotton Prices Are Rising And It Means T-Shirts And Jeans Are About To Get Really Expensive