United States Causing Inflation To Occur In Other Countries?

The United States' attempt to control inflation is having a ripple effect that is being felt in countries worldwide, most notably the value of other nations' currency is dropping significantly.

It’s time to go shopping across the pond! Well, that’s the good news for Americans as inflation climbs and interest rates follow. Although that’s about the only good news for those residing in the US, the news is even worse in many countries across the world.

We thought inflating was slowing down, but turns out the Fed had other plans to help put a band-aid in place. Unfortunately, what is happening (besides frenzied US shopaholics booking their trips to Japan and Europe) is that the US is actually causing inflation in other countries as well. Inflation does not happen in a vacuum and when the Feds increased interest rates, other countries had to follow suit.

Inflation and The Great Recession

Related:
Why The US Housing Market Is About To Be In A World Of Hurt

Recessions happen when the price of raw materials increases enough to cause a change in the actual price. Most often, recessions occur in only one industry or product. For example, if there is a hard time getting electronics from Japan, there may be an automobile recession, and when inflation occurs, a recession feels even worse.

Or if there are challenges getting wheat from drought-drenched Iowa, there could be a food recession. And, unfortunately, thanks to the COVID-19 pandemic, there are recessions all around. Supply chains worldwide are strained and cannot create enough products fast enough for the demand.

Producers experience inflation and people cannot afford basic necessities. In the US, inflation has caused rent prices to skyrocket so much so that the nation’s most fragile population cannot afford to be housed. And, while they are waiting for benefits from the government, they remain, homeless.

As food prices surge–due to inflation–those same folks cannot afford to buy groceries. This ripple effect touches, everyone. And now, because of the government’s attempt to slow it down by raising interest rates, countries are trying to keep up.

Here are the worldwide lowlights:

Emerging markets are feeling the brunt of this worldwide recession, however. Many countries have their debts transferred to dollars meaning with the interest rate hike, they owe more. In countries like Argentina, the interest rate will reach a rate of 90 percent.

What Can We Do?

This has occurred before in the 1980s and worldwide leaders had to come to an agreement to help control the increases. The Plaza Accord was created as a global intervention in currency markets. Experts do not think things will get that bad again, however as inflation is set to cool off … soon.

The dollar could become stronger, say some. And if that does happen, it could spell even more dire consequences around the globe. As the US yanks up interest rates and those in America find it nearly impossible to refinance a mortgage or pay that pesky federal loan, outstanding balances on credit cards could go even higher.

And crypto, that’s affected too. So, if you’re into bitcoin, you’re not immune either. So, in short, there’s nowhere to hide from inflation. The best thing to do is NOT go shopping and pay off those credit cards as quickly as you can. Financially, we’re in a worldwide battle.

Malls As We Know Them Will Soon Cease To Exist?
The Powerful Way Internet Streamers Are Influencing The Public
See Autonomous Tesla Deliberately Crash Into A Gigantic Jet
Why Google Is Urging Some Of Its Workers To Relocate 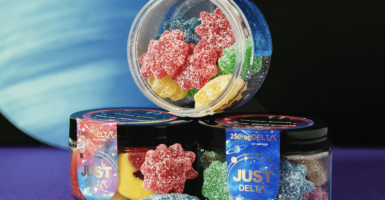 Delta 8 Edibles D8 Co. – Some Of The Best Flavors Around 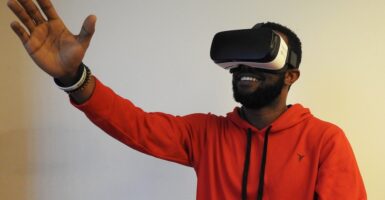 How To Become A Virtual Reality Coach 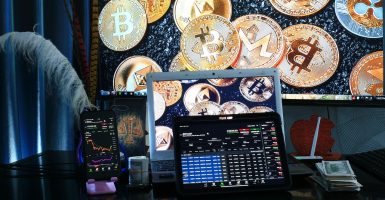 Whole Foods No Longer Selling One Of Its Most Popular Offerings

Where Employment Is Booming Post-Pandemic
The Convenience Store Where You Can Win Free Gas For A Year
How High Gas Prices Are Severely Hurting Walmart
New York City To Ban The Reuse of Batteries?