By Asad | Published 1 year ago

Before we get into details about do quartz watches need batteries or not. It is necessary that you understand the little concept of how quartz watches operate. This will help you get a better understanding of the power requirement of crystal watches.

My interest in this topic began with my love with this beautiful quartz masterpiece  Bulova’s Precisionist. It is going fine for quite some time. I see it as one of the finest pieces designed by them.

What are quartz watches?

When someone says this is a Quartz watch, it means that the watch under discussion has a crystal inside which help in keeping the time.

In fact, it is a little bit complicated but why are you worried about? Don’t you trust me? I will try to explain Quartz watches power requirement in the simplest possible manner.

So you might be thinking. Seriously! A crystal is used inside the watch. A crystal like in the jewelry shops (ruby, sapphire etc). If that is true why I see watches under the price of $10 sometimes and they say it is a Quartz Watch. 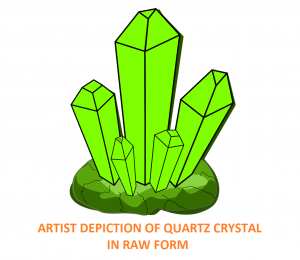 WHY IS QUARTZ WATCH NOT EXPENSIVE THEN?

Reality is, quartz is one of the most common types of mineral found around the world. Dig the ground and as soon as you hit solid rock, its most probably a Quartz composition. Similarly, have you been to the middle east? The desert there, all the sand has silicon dioxide in there which is Quartz.

So when there is plenty of Quartz around. Watchmakers have found a cheap way to manufacture the movement of the watches. To understand that do quartz watches need batteries its necessary that you understand, how quartz help in timekeeping.

Quartz is a crystal and is categorized as a piezoelectric material. Piezoelectric is the type of material who when squeezed generate little current.

So you know think that there is some squeezing material inside watches that generates current? No, it works the opposite way. Piezoelectric materials have another property, that is when current is passed through this material, it vibrates at the same frequency, provided that the temperature remains constant.

So a quartz crystal placed inside the watch is given a little electric shock. The electricity entices the inner atomic structure of the crystal and then it oscillates to release the energy it gained via current.

This oscillation is measured by the inner circuit of the watch and gears inside move to show one second has passed.

BECAUSE OF CURRENT DO QUARTZ WATCHES NEED BATTERIES?

Quartz watches have come a long way since they were first patented. If you managed to read the above description then you must have observed that I mentioned that watches need little current to operate the gears which tick the seconds. The more functionalities a crystal watch has, the more quickly it will lose power

So how many power sources have you observed a watches have. These are the most common on:

Consider Casio G-9300-1 a tactical watch, it has loads of functionalities in it. It is a Quartz watch and is powered by a solar panel.

The solar panels store light energy in the capacitor attached to the circuit. As the user moves inside away from light source, the circuit draws energy from the capacitor which charges up the crystal to oscillate.

Some expensive quartz watches have a self-powering apparatus. As the user moves around, the moving parts inside the watch also move and store that energy in a capacitor which is used to generate small electric currents which oscillate the capacitor.

These watches have small batteries inside of them. Batteries give power to the inner circuit which regulates the time. These quartz watches last for a significant amount of time because the current drawn is very little in the amount provided that it’s a normal quartz watch. If the battery runs out of power all you need to is open up the back and replace the battery with the same voltage battery.

So you know it now, there are multiple ways the crystal inside the quartz can oscillate. It all depends on the manufacturer, about what power source they have used.

Quartz crystal is piezoelectric in nature. As soon as current passes through it, the crystal will vibrate 32768 times. This vibration is detected by the inner circuit which operates the gear to increase time. There are three common ways to use the piezoelectric property of the crystal. Each has its own importance and implications. So the question do quartz watches need batteries to become dependant on what power decision is taken by the manufacturer itself.

Where Are Fossil Watches Made? - Updated
Citizen Nighthawk vs Seiko Flightmaster
How To Measure Watch Case Size?
Are Nixon Watches Good?

Head Of Samsung Gets Away With Serious Crime?

Is Dark Chocolate As Healthy As You Think It Is?

Why So Many Retirees Are Suddenly Working In Travel

The Insane Amount Of Money Walgreens Is Paying Its Pharmacists

Thanksgiving Turkey Supplies Are Now In Jeopardy Due To Food Shortages
Mobile Networks Are In Distress Nationwide, Here's Why
Apple Changed Its Mind About Remote Work
Martha Stewart Wants To Deliver Dessert To Your House?