A Ford recall, issued for nearly 40,000 vehicles, has been urgently issued due to the potential spontaneous engine fires to occur.

By Crystal Murdock | Published 5 months ago

This week mega automobile manufacturer Ford issued a recall on 39,013 of their large SUVs. The list of vehicles on the Ford recall includes the 2021 Ford Expedition and the 2021 Lincoln Navigator that have build dates between December 1, 2020, and April 30, 2021. The manufacturer’s build date can typically be found on the bottom of the crankcase. While this is a large number of vehicles to be recalled by Ford, it is estimated that only 1% of the total Ford recall vehicles will actually have the potential defect.

According to CNet, the Ford recall is due to a problem within the engine bay that has already caused sixteen reports of engine fires. Of these reports, fourteen of the engine fires were in vehicles from car rental companies and the remaining two were from personal owners. The reports indicate that twelve of the vehicles were not running when the fires were discovered and the other three vehicles were in motion when the engine fires broke out.  While Ford has yet to determine the actual cause of the engine fires they are taking into consideration that there is no such thing as being too safe or too proactive to ensure consumer safety on and off the road.

Ford is recommending that all potentially affected vehicles be parked outside of homes and away as far as possible from any other buildings, to prevent the possibility of any future severe accidents or fires from the Ford recall. Ford has not gone as far as making the recommendation to stop driving any vehicles impacted by the Ford recall. There have not, thankfully, been any reports of accidents pertaining to the ford recall but there has been one possible report of an injury from an engine fire.

Ford is still researching the cause of the engine fires and has yet to come up with a resolution to the engine bay fires. Ford will be notifying owners of the potentially impacted vehicles by sending out a Ford recall letter via postal mail, as well as, utilizing FordPass and Lincoln Way apps to provide the information. Consumers can also check to find out if their vehicles are impacted prior to these communications by logging into the Ford website and entering the vehicle’s VIN number.

Alternatively, consumers can call their local Ford dealership to find out if any additional information has been made available to the public regarding the Ford recall for engine bay fires. The website also provides an online service appointment option for consumers that have received notification that one or more of their vehicles is impacted by the Ford recall. Consumers can select the Ford dealership they want to service to be completed without having to pick up the phone and speak directly with the dealership. Ford recognizes the seriousness of the engine bay fire recall and is doing everything possible to prevent any future incidents. It is also doing everything it can to give consumers access to additional resources and quell any fears associated with the alarming issue.

What Is Dry Dating And Why Are More Singles Choosing This Option? 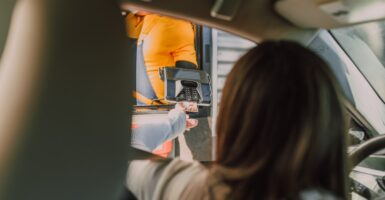 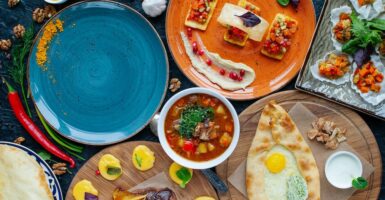 Scientists Have Figured Out The Seven Foods That Make People Happy

Google Loses Major Court Battle
A Popular Hard Seltzer Is Now Being Made Into A Vodka?
The US Job Market Is Still Booming Despite Reported Layoffs?
Walmart Is Becoming More Like Apple?