Food waste is a severe problem nationwide. However, there are things that you can easily implement to combat it.

By Rick Gonzales | Published 3 months ago

Make no mistake about it – we Americans are the land of excess and waste. Yeah, this is a tough way to get into an ongoing issue, but hey, if it walks like a duck and it talks like a duck, well then food waste is a major issue across the nation. So, is there anything we can do about the food waste problem?

Granted, when grocery stores are at their ultimate working capacity, meaning full shelves, shopping for those unnecessary items is much easier to do. We may be exaggerating here a bit, but a fully stocked grocery store will offer at least 15 different types of milk. You will see a good two dozen different makers of yogurt, breads, and cheeses. We mention these few items because, in the grand scheme of things, these items are some of the most wasted food groups we have.

When the U.S. Department of Agriculture came out with their 2020 report, they said that 30-40% of our very own food supply goes to waste. This report, though, dates back to estimates from 2010, when the USDA’s Economic Research Service estimated that 31 percent of the food loss came from retail and consumer levels. Back then, the loss equated to 133 billion pounds of food waste which amounted to $161 billion worth of food. This was in 2010. You can only imagine how large the cost is today.

WHERE DOES IT GO?

“Wasted food is the single biggest material placed in municipal landfills each year,” Jenny Murphy told Vice. Murphy is a Senior Supply Chain director at the nonprofit City Harvest. The nonprofit is based in New York City and they do the fine deed of rescuing surplus food from farms, donors, grocery stores, and restaurants and then take this rescued food to redistribute it to food pantries and soup kitchens across the five NY boroughs (Bronx, Brooklyn, Manhattan, Queens, and Staten Island).

But the problem, or one of the bigger problems with food waste since there are many, is just how much food ends up in our landfills. It is becoming a massive problem, not just for the waste. “Municipal landfills are one of the biggest contributors of human-related methane in the country, and that’s accounting for more than 14% of all of those emissions,” says Murphy.

IT ISN’T ONLY LANDFILLS

Now don’t think the issue of food waste is being laid directly on your doorstep, because it isn’t. Food waste doesn’t revolve expressly around the home kitchen, the restaurant, and such. We are also continuing to deal with supply chain issues that have seen food sit and rot waiting to move into grocery stores or restaurants. Across the nation, we have a category of food called “surplus food.” This includes foods that are either unsold or uneaten (or both) at grocery stores, restaurants, and even at your home. Estimations from ReFED, an environmental research institute, nearly 54 million tons of food fit this category. We will always give praise to nonprofits such as City Harvest for taking as much as possible and redistributing it to those in need, but they can only take in so much. The sad truth of the matter is that the vast majority of these “surplus foods” wind up in landfills, torched in incinerators, tossed down the drain, or even left to rot. We are looking at roughly 9 billion meals that those in need will not receive.

Plus, if you really think about it, consider those foods, whether they make where they need to go or they don’t, that require specific resources. You have food production, packaging, storage, shipping, and eventually preservation. Not only are you wasting food, but when they get tossed, most get tossed in the packaging they were put in. All the plastics and such are also going out into the world. Not good for the environment. In fact, terrible for it.

There is even more to this food waste problem. This revolves around the USDA’s estimated 38 million people who are “food insecure.” Of course, “food insecure” is the gentler way of saying there are a bunch of people who are starving across our nation. During the COVID pandemic, that number rose dramatically as it has been estimated that nearly 53 million people had to rely on food banks and community programs just to get food on the table.

“Since the start of the pandemic, food insecurity rates in New York City have risen 36% and nearly nine in ten food pantry users say that they expect to rely on pantries more often this year because of rising food costs,” says Murphy. “And according to the research that we’re seeing, we expect this high level of need to persist throughout at least 2025.”

CAN WE FIX THE PROBLEM?

So, what can we do to stop the food waste? Do we have any answers? There are numerous programs such as City Harvest and Two Good Yogurt (who donates to City Harvest) that are making strides in combating the gross food waste we see here in the U.S. but unfortunately, it is not enough. We are going to have to take a hard look at our own food waste habits in order to truly combat this problem. Here are a few tips on how.

Food waste just may be the problem we don’t have a solution for. People love to live in excess and that does include their food shopping habits. But if people would just take a little more time and be a little more careful when they purchase their food, we could easily see a significant drop in food waste. It all comes down to you. 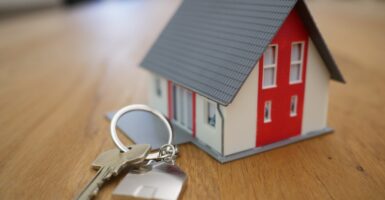