"Clearly you don't own an air fryer" is a meme meant to poke fun at those who don't own one and don't understand the popular trend.

By Rick Gonzales | Published 3 days ago

Like most memes, the “Clearly You Don’t Own An Air Fryer” one is random and came out of the blue. Again, like most memes, it took on a life of its own and has become quite popular for air fryer fanatics. Why are they so popular? Let’s see what we can cook up for you.

What does “Clearly You Don’t Own an Air Fryer” mean?” The meme became popular a year or two ago and continues to get solid playtime, but what exactly is the meme referring to?

Well, the easiest answer is that the popular meme comes from those who are virtually obsessed with air fryers and think they are the most life-changing and awesome appliance ever to lay foot inside a kitchen. These people think that every kitchen should have one and those of you who don’t, well then clearly you don’t own an air fryer.

This meme is directed at those who don’t own one as a way to mock them. It is also used against people who don’t own a specific product or who can’t understand a certain topic or idea.

The meme is funny, at least to those who are sending it out, but for those who “don’t own an air fryer,” what are you waiting for?

Before we get into the popularity of these devices, maybe we should take a look at the “meme.” How did they get their start and why have they caught on?

It’s led to all kinds of celebrities and characters being meme-ized into this air fryer one. There’s Robert Downey Jr:

Humpty Dumpty got in on the craze:

Buzz Lightyear is in the air fryer mix:

THE BENEFITS OF THE AIR FRYER HAVE LED TO THE MEMES

For Simplicities Sake – If you are scared off because you think these appliances may be too complicated, you might want to reconsider. Here’s why – you simply put your food into the air fryer basket. Next, you set the temperature and timer of the fryer. You then hit start and once the timer goes off, your food is cooked.

All About The Crispy – We all know you love your food crispy, but you don’t want the issue you get with oil frying. An air fryer solves those issues pronto. By design, the air fryer uses extremely hot air to surround your food and give it a nice, clean, crisp singe. These appliances are ideal for foods such as French fries, chicken nuggets, and fish sticks. You’ll love the crisp.

Heating Food and Cooking Quickly – Maybe you aren’t in the mood for a long night of cooking. You have just gotten home from a tough day at work and the last thing you want to be doing is slaving over your stove. This is where an air fryer shines. Most air fryer models can preheat to 400 degrees in five minutes while gas ovens easily take double that time to preheat to that degree. As far as cooking times go, since there is less area to heat, they can cook foods much faster than conventional ovens.

In It To Win It – By this, we mean your health. They take away one of the most non-healthy items in a diet – oil. Just think, you can add French fries or tater tots to your air fryer and never again have to worry about deep frying them in oil. That is a major win for you.

Less Mess, Easier Clean – This is another big win, especially for those who work those long hard days and don’t relish the thought of having to clean up a big mess. Air fryers are so easy to clean that you will be amazed. Soapy water and a good non-scratch sponger will do the trick.

The Safety Factor – When you compare them to the ways of traditional frying, they are much safer. Air fryers use little to no oil, so those random oil splashes are no longer. Of course, when using anything hot, you still need to be careful.

They Are Versatile – You would be amazed at the things you can cook up in this thing. Here is just a small sampling – fried chicken, spaghetti, frozen foods, pizza rolls, tater tots, French fries, egg rolls, cookies, and lava cakes. The instructions that come along with your air fryer will include a complete rundown of the dos and don’ts.

Now, we are not saying air fryers are the be-all, end-all because there is a drawback or two when it comes to these appliances. First and foremost is their size. If you are cooking for a large family (maybe even as low as for three people), air fryers may not be your choice.

The cooking baskets have a limited capacity, so that could slow down your cooking process.

Some of these are bulky in design, making them kind of an eye sore on your countertop. This will come down to just how big of an air fryer you wish to purchase. Along with a potential bulk design, some of the air fryers can be a bit noisy as the fan that produces the heated air can spin loudly.

If you go right to Webster’s, you will see the most popular definition of “meme” right off the bat. Webster’s says a meme is “an amusing or interesting item (such as a captioned picture or video) or genre of items that is spread widely online, especially through social media.” Perfect. 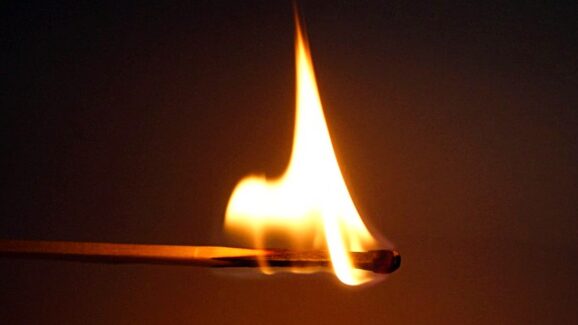 A Climate Protester Just Set Himself On Fire

An environmental activist accidentally set his arm on fire during a protest in London.

The post A Climate Protester Just Set Himself On Fire appeared first on GIANT FREAKIN ROBOT. 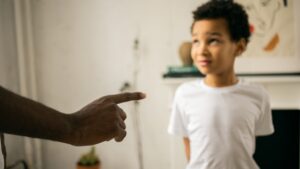 Social media is the supplier and we, as its captive audience, are the demand. Webster’s also calls a meme “an idea, behavior, style, or usage that spreads from person to person within a culture.”

Here are a couple of memes we tracked down. The first one tries to explain “the difference between man and women.” They use the shower to get their point across.

This next popular meme is calling out those who are expressing outrage that Halle Bailey (not Berry) has taken over the role in the upcoming live-action Disney’s The Little Mermaid.

Some memes like to have a little Royal flavor to them.

With the air fryer, it just ended up being a combination of the typical meme use and the popularity of the device itself.

Maybe we haven’t convinced you to head on out and get yourself an air fryer (although you should be grabbing your wallet/purse and car keys right now). As an appliance, they are fantastic additions. As a meme, they can set the table in a number of different ways. If you don’t think so, well Clearly You Don’t Own An Air Fryer.

The History Of Virtual Reality And Where It's Headed
How Many Calories in a Slice of Pizza?
Should You Still Buy Physical Media In Today's Digitized World?
The History Of IKEA And Why Its Products Are So Popular