Taco Bell Mexican Pizza Getting Its Own Musical

By Crystal Murdock | Published 3 months ago

Back in November of 2020, Taco Bell either made a really poor decision to discontinue the Mexican Pizza off the menu or one of the most brilliant marketing moves ever, as not only is this delicious Taco Bell staple returning on May 19th but it is also coming back with its very own musical. Now, the Mexican fast-food giant has announced that Mexican Pizza: The Musical will debut exclusively on TikTok and it has some major star power backing it up.

According to Food and Wine, Two major stars, who have already been tied to the much anticipated return of Taco Bell Mexican Pizza will be performing the Mexican Pizza Musical exclusively on TikTock May 26th at 8:00 pm ET. The star power has even more of a flare as it is bringing country music star Dolly Parton and hip hop star Doja Cat together for the virtual performance. There will be music from Abigail Barlow and Emily Bear. Each of them won the Grammy for best musical theater album. To keep up with the viral theme, TikTok star Victor Kunda, who helped bring the Mexican Pizza Musical to life during one of his personal TikTok videos is also getting a cameo appearance.

Major saucy fan pleas, fan letters, and hundreds of signatures weren’t all it took to get the Mexican Pizza back to menus, as the master chefs in the Taco Bell test kitchen had to work some fancy footwork to streamline operations and acquire the necessary sourcing for the Mexican Pizza ingredients. Additionally, all Taco Bell Rewards Members who received a mystery reward back during the Big Game are about to receive a free Mexican Pizza when it returns to Taco Bell menus on May 19th, and all dedicated Taco Bell loyalty members will also have access to the Mexican Pizza on May 17th before it even lands on the menu.

“Our menu is full of fan-favorites, but the Mexican Pizza is at the top of that list,” said Mark King, CEO of Taco Bell. “From its flashy introduction to menus in 1985 as ‘Pizzazz Pizza’ to its inspiration behind the creation of infamous jingles, Mexican Pizza has a long history with the brand and I’m glad we could give fans what they crave and bring our classic Mexican Pizza back home where it belongs.”

The Mexican Pizza is made up of two crispy flour shells, layered with beans, pizza sauce, seasoned beef, tomatoes, and a melted three-cheese blend. It retails for $4.49 and there is a vegetarian option for those who can do without the seasoned beef. Fans can make it a combo, too, with a Mexican Pizza, 2 Crunchy Tacos and a Large Fountain Drink for $8.99.

For Taco Bell fans wishing to snag a Mexican Pizza without leaving their home, they can enjoy the convenience of delivery exclusively through DoorDash. This option will extend through the first week that the iconic Mexican Pizza menu item makes its triumphant return – May 19-26th. Free delivery will roll out to all other delivery platforms beginning on May 27th. Moreover, DoorDash customers can exclusively enjoy $2 off one Mexican Pizza with a minimum subtotal of $12 using promo code MEX PIZZA at check out on the app. Also, let’s not forget to mark our calendars for the epic debut of the Mexican Pizza musical on May 26th. It should prove to be music to our ears, bellies, and the hearts of mega Mexican Pizza Fans across the United States.

A Global Food Crisis Is Looming, Here's What You Need To Know
Why Grubhub's Free Lunch Promotion Was A Complete Failure
The Home Depot Decorations To Grab Before They're Gone
McDonald's And Burger King Contaminating Fast-Food With Toxic Chemicals? 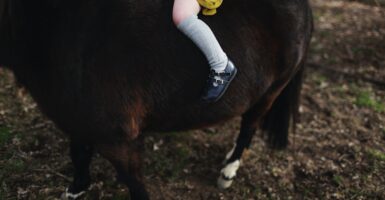 Do You Need Crypto Insurance For Your Cryptocurrency Investments?
Is Amazon's New World Video Game Worth The Time And Price?
The Best Grocery Delivery Services For Consumers
When & Why Did We Start Making New Year's Resolutions?