Your next trip to the movies might not be highlighted with a big bucket of popcorn. A popcorn shortage is sweeping the nation.

What’s going to the movies without a big bucket of popcorn? Unfortunately, supply chain issues have disrupted this imperative movie snack, leading to a popcorn shortage for US theaters. At the beginning of the pandemic, when movie theaters had to shut down, suppliers had too much of the snacks that they needed. As theaters have reopened and people are swarming to the movies again, especially for this past Memorial Day weekend, movie establishments struggle to have enough popcorn.

Like most products in America, the popcorn shortage was catalyzed by many different factors. The first is a significant increase in fertilizer for farmers, which has cut into individual farmers’ profits. Labor shortages have also plagued the American economy since the pandemic’s beginnings, which has impacted the number of truck drivers and transporters available in the country. A lack of drivers and high costs for cultivation have provided increased delays for needed produce. There has even been a deficiency in the lining that goes inside popcorn bags. These problematic factors have led to popcorn’s high demand and scarcity in 2022.

An employee at Connecticut’s Prospector Theater discussed the general popcorn shortage and how movie theaters have been suffering from other scarcities over the past year. A few months ago, theaters were dealing with a canola oil issue, unable to receive the product because of a particular problem with its packaging. The manufacturing companies didn’t have “the glue to enclose the box” where the canola oil was being shipped in, which led to monstrously long delays. The unpredictability of product shortages has made many businesses falter in critical sales areas, like theaters running out of popcorn.

Jeff Benson, founder and CEO of Cinergy Entertainment Group, which operates eight different theaters, also discussed the popcorn shortage, stating that the company also experienced a popcorn bag issue. At the beginning of the year, the theater company couldn’t get its hands on enough popcorn bags. Other supplies for this concession also had trouble receiving enough bags for the theater snack, leading to other supply chain issues. Compounding supply interruptions have harmed theaters that are desperately trying to bounce back after years of being closed during quarantine.

The ongoing war in Ukraine has had a humungous ripple effect on farmers in America. The geopolitical disaster in Eastern Europe has accelerated the price of fuel globally as many countries continue to put sanctions on Russia. Since Russia is one of the largest suppliers of crude oil, hefty sanctions have driven up the price and demand for fuel. This has played a considerable part in fertilizer costs skyrocketing since transporting goods has become exponentially more expensive. If farmers can’t keep up with these rising costs, they might be inclined to switch to cultivating more lucrative crops. A popcorn shortage could continue endlessly if farmers are experiencing diminishing returns from growing the theater snack.

If you can’t go to the movie theater without buying some popcorn, then you might want to rethink your weekend plans. Though American theaters haven’t run out of this concession just yet, an ongoing popcorn shortage could devastate the entertainment industry.

How Google Is Using Fitbit To Compete With The Apple Watch
Peloton's New CEO Bombarded By Angry Employees
Popular Retail Chain To Close Forever
More Employer Power Being Put Back in the Hands of Companies? 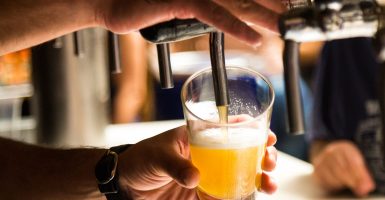 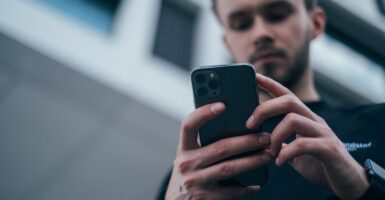