Inflation Bonuses Are Now A Thing?

By Kristi Eckert | Published 3 days ago

Inflation is hitting everyone hard. Food is more expensive. Gas is more expensive. Going to work is more expensive. Childcare is more expensive. Everything is just more expensive right now. This is weighing heavily on a vast number of individuals. Wouldn’t it be nice if the powers that be at your place of employment stepped in to lend a hand? Believe it or not, that’s exactly what some corporations are electing to do. Some businesses are handing out inflation bonuses to give their workers an added budget boost during these difficult economic times.

Some notable examples of corporations attempting to lend their workers a monetary hand include the likes of Rolls Royce, Microsoft, ExxonMobil, and Barclays. Rolls Royce recently gave its UK employees inflation bonuses of 2,000 euros ($2,430). Microsoft disclosed that it doubled its payroll budget with the intent of handing out merit-based inflation bonuses and salary raises. Similarly, ExxonMobil announced that its workers would be receiving bonuses equal to 3% of their annual wages. And Barclays is focusing on raising the wages of its lowest paid staff at a time when raises typically wouldn’t occur.

Other companies are taking different approaches and offering inflation bonuses in the form of job perks. This is especially true if they are a smaller establishment unable to for over a hefty bonus. For instance, the Wall Street Journal detailed that Driftwood Garden Center in Naples, Florida has been issuing $50 gas gift cards to help deal with the astronomical cost of fuel at present. However, bigger conglomerates are offering perks, too. Bloomberg’s New York City corporate office offers its employees free food daily. This is to offset the insane New York City takeout prices workers would have to spend on lunch.

It’s great that so many companies are stepping up to the plate to offer various types of inflation bonuses to help their employees out. However, the gesture isn’t entirely altruistic. Yes, it is true that they want to help their workers. But it is also important that they retain workers to keep their businesses running like well-oiled machines. The labor market is one that still favors job seekers. Thus, it behooves companies right now to do everything they can to retain the workers they have and prevent them from jumping ship to another establishment.

Jean-Nicolas Reyt, associate professor of organizational behavior at McGill University in Canada, detailed the aforementioned logic. “Companies that do not match inflation are essentially asking their staff to take a pay cut. That’s not fair, and that’s a hard pill to swallow for employees. When employees are unhappy with their treatment, they typically look for alternative employment,” explained Reyt.

Not all companies are or can play ball equally in this inflation-ridden economy. This is especially true given that the risks of a full-blown recession are growing ever more imminent. As such, many companies are concerned about protecting and prepping their budgets. For those companies not in a position to offer inflation bonuses. Or if they aren’t in a position to offer inflation bonuses that could stand out amongst the bigger players, Johnny C Taylor Jr, CEO at the US-based Society for Human Resource Management, says the best thing to do in that situation is to simply be honest with existing and prospective workers. Overall, it’s nice to see that, regardless of their underlying motivations, businesses across all sectors are doing what they can to ease the overwhelming burdens that go hand in hand with this hyper-bloated market. 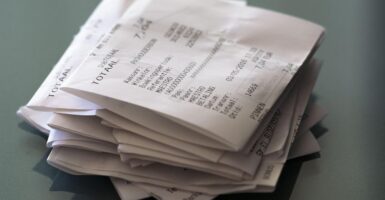