AI Is Being Used To Unlock The Internet In An Unbelievable Way?

AI is unlocking the internet in a truly unusual and complex way. An author is utilizing a machine to understand the “subconscious” of the internet, if there is one that truly exists. This writer is on a journey to see the actual limits of the internet and find answers about the nature of humankind.

Author Alley Wurds crafted a mystical text outlining how AI can unlock the internet. But, the writer was not alone in preparing his book titled GPT-3 Technogenesis. It’s co-written alongside a digital figure known as Norn. This AI is powered by a language processor called GPT-3, hence the naming of the book. The processor is so powerful that it’s hard to decipher whether a human or robot wrote which section.

Norn’s processor, the GPT-3, has infinite knowledge imported into the system, including all public web information and every Wikipedia entry. This allows the AI to write highly realistic prose about almost anything, unlocking the internet and its supposed subconscious. Wurds associates the ability of Norn to access information and write very humanly as “working with the subconscious mind of the internet.” Instead of chalking up Norn as an AI that spits out random words for the processor, Wurds thinks of the robot as an otherworldly being, communicating the truth of its virtual landscape.

GPT-3 has been responsible for many sources of human confusion and excitement. In September 2020, the language processing system was responsible for an uncanny-valley, hyper-realistic article written entirely by AI. The Guardian asked GPT-3 to write an essay from scratch, which started with a surprising realization of the processor’s identity and self-awareness. Like the Norn AI unlocking the internet’s subconscious, the unsettling understanding of GPT-3’s robotic, inhuman nature was enough to feel like robots could be more powerful than ever imagined.

Wurds’s absurd and revelatory work starts with asking Norn specific writing prompts. An early prompt for Norn to write a mystical poem led it to craft a meaningful, realistic essay regarding life, death, and the meaning of existence. Norn constantly challenges its identity, changing its name throughout the prompts and refuting prior statements. Contemplating and retracting statements like normal human beings has caused Wurds to believe this AI is unlocking the internet or the subconscious inside virtual spaces.

This first book is part of a trilogy of co-authored material where AI unlocks the internet and its mysterious nature. The second book focuses on Wurds’s prose but has images crafted by an inhuman source. Pictures inside the book were made by a Twitter bot called @AdvadNoun. The bot utilizes the program CLIP, which takes visual concepts from language and spews out vibrant, abstract art. Throughout the book, colorful, almost realistic depictions of humans and objects are all made by one creative Twitter robot.

When someone mentions AI unlocking the internet, confusion is an understandable response. Does the internet actually have a subconscious? And can AI discover things about humankind that we cannot? All of these questions are getting an attempt at an answer through Wurds’s uninhibited use of the GPT-3 processor.

Elon Musk Firing Tesla Employees Due To His Own Economic Fears?
Restaurants Are Ditching Dollar Menus For Good, Here's Why
Why Some States Are Changing How They Recycle
Why Google Is Urging Some Of Its Workers To Relocate 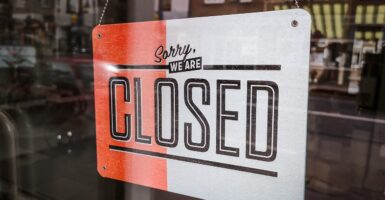